Alley Cropping with Specialty Crops Under Pine and Pecan Stands

Agroforestry, an intentional integration, and management of trees, crops, and livestock in a single management unit, offers several environmental, economic, and social benefits.  Alley cropping is gaining importance as an alternative way to utilize the land and resources effectively and efficiently. Many crop species can increase the biomass produced, compared to the traditional monoculture, but the success of the system depends on the crop selection (Brooker et al. 2014). Well-managed agroforestry systems provide economic viability through regular, short-term income from crops and long-term income from trees (Wilson and Lovell 2016). The Southern United States has a large acreage of forested land, and many farms have a substantial acreage of forested land, a part of which is often cleared for monocropping with grain, fiber, and forage crops.  Therefore, there is much potential for practicing alley cropping on these farms.

With increasing immigrant population, the demand for ethnic vegetable crops has been increasing in the southern US (Spencer et al. 2018). Alabama has the potential for adopting the production of specialty crops in alleys among timber and nut trees at a scale to achieve sustainable production by combining cash flow in the short term and returns from timber and nuts in the long term (Spencer et al. 2018). Hence, a four-year study was initiated in 2017 to assess the economic benefits, and changes with time in soil physical and chemical properties in an alley cropping system using six specialty vegetable crops: two eggplant varieties (Chinese and Indian), two pepper varieties (ancho and sweet) and two leafy vegetables (basil and sorrel) in stands of loblolly pines and pecan nut trees at the Alabama A&M University Winfred Thomas Agriculture Research Station (WTARS). The plots were arranged in a randomized complete block design with four replications (Figure 1).  The crops were grown on raised beds using organic production practices with irrigation and soluble organic fertilizer application at 3-4-week intervals.  The beds were covered with plastic mulch to protect crops from weeds. 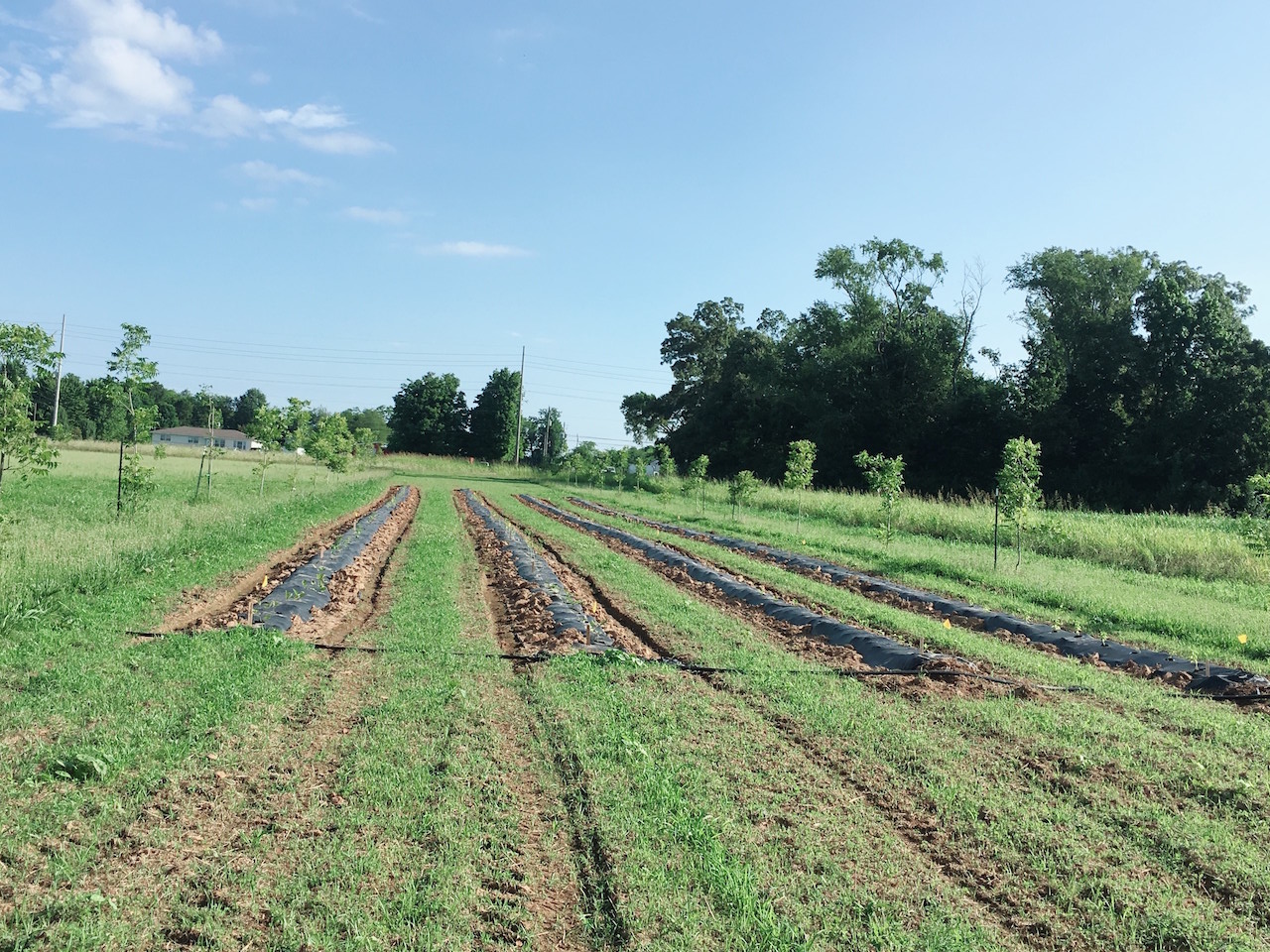 Fruits from eggplants and pepper plants and leaves from basil and sorrel were harvested once or twice each week as needed and weighed. 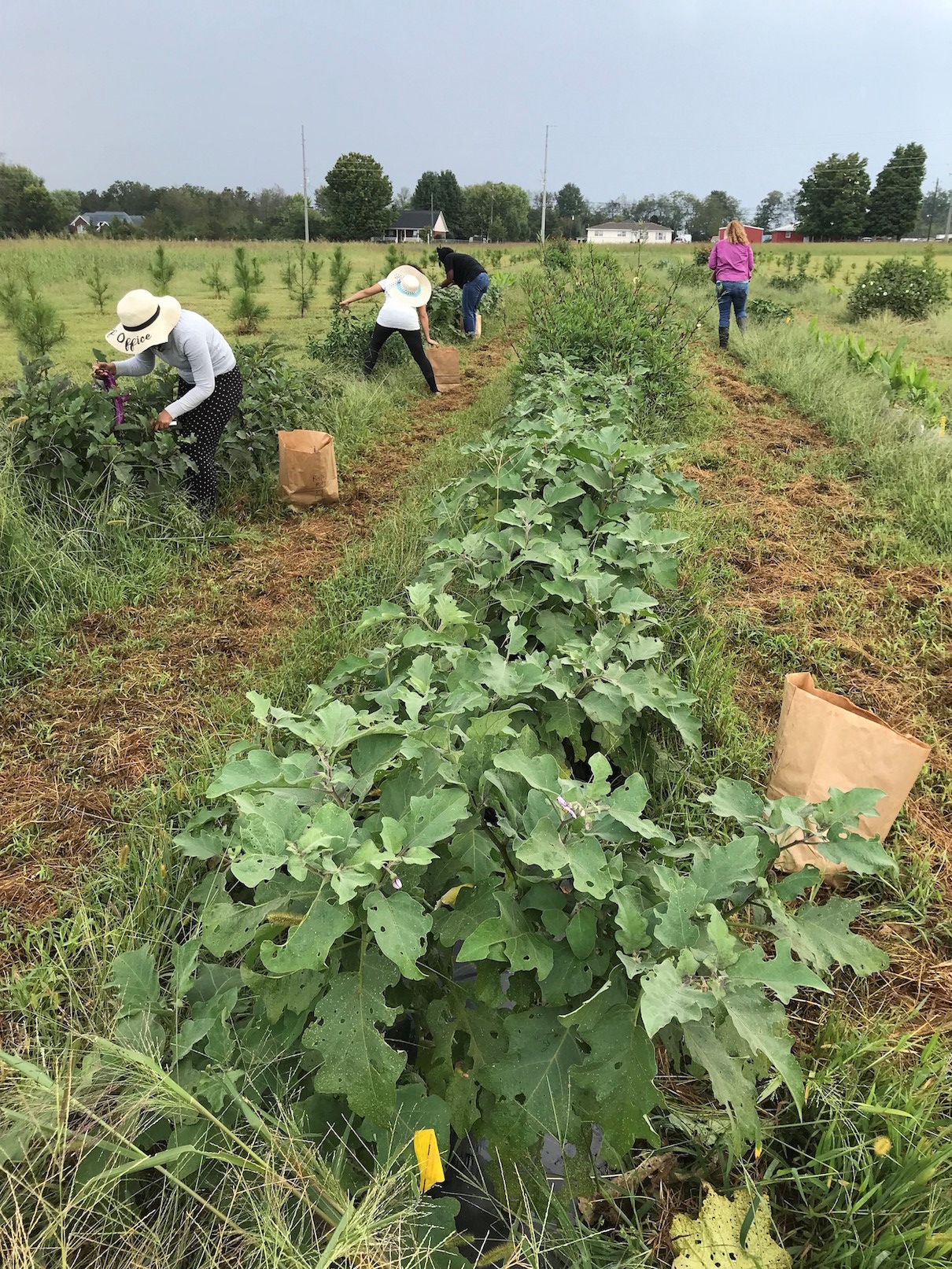 The soil properties did not vary between loblolly pine and pecan nut tree lots.  Bulk density and pH of the soil tended to increase with depth (Table 1).  The OM was slightly higher in the pecan stand at 0 – 20 cm but lower at 20 – 30 cm soil depth relative to that in pine stands.  The variation in CEC between tree stands was inconsistent but tended to decrease with depth in both pecan and pine stands. 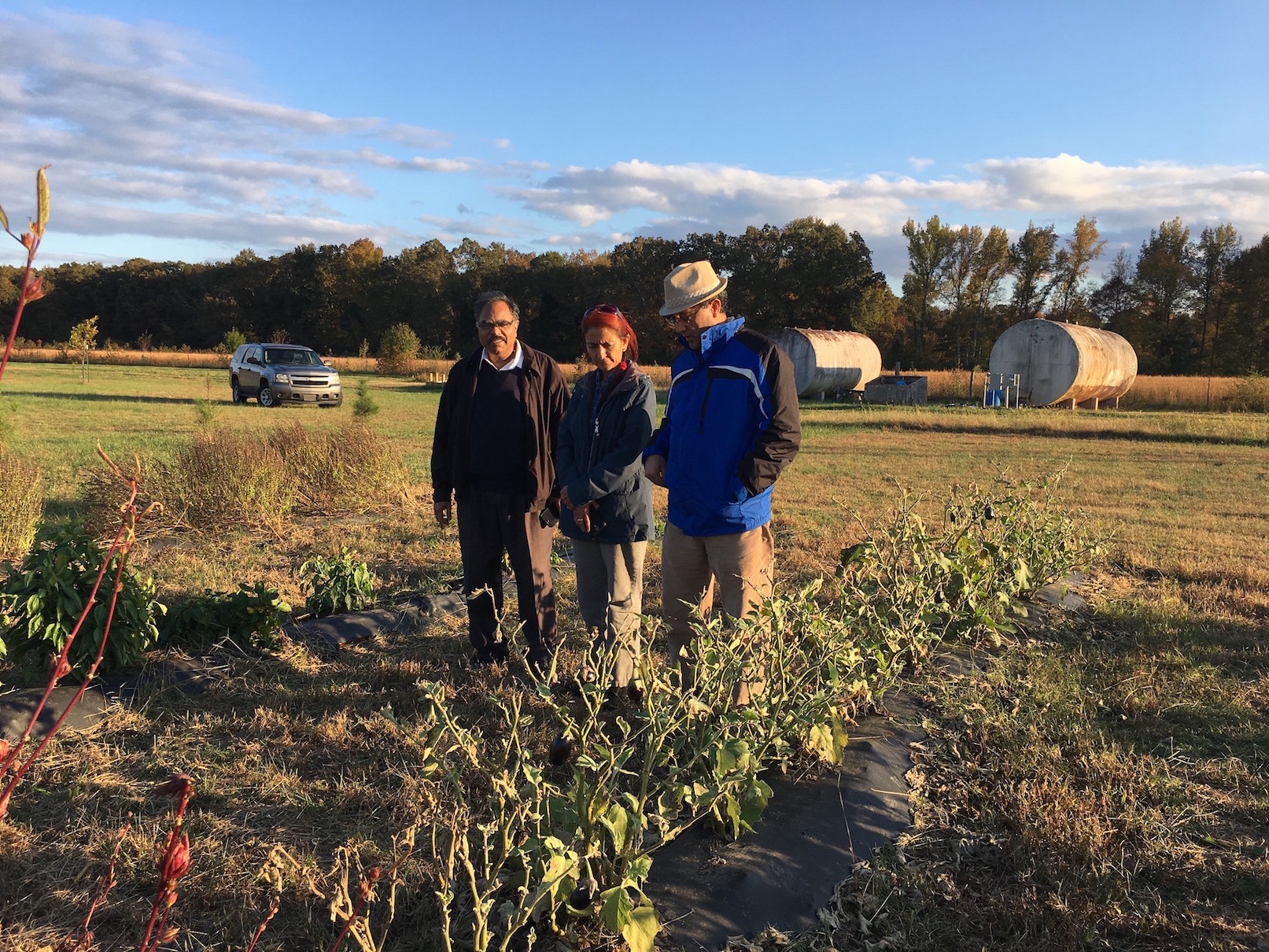 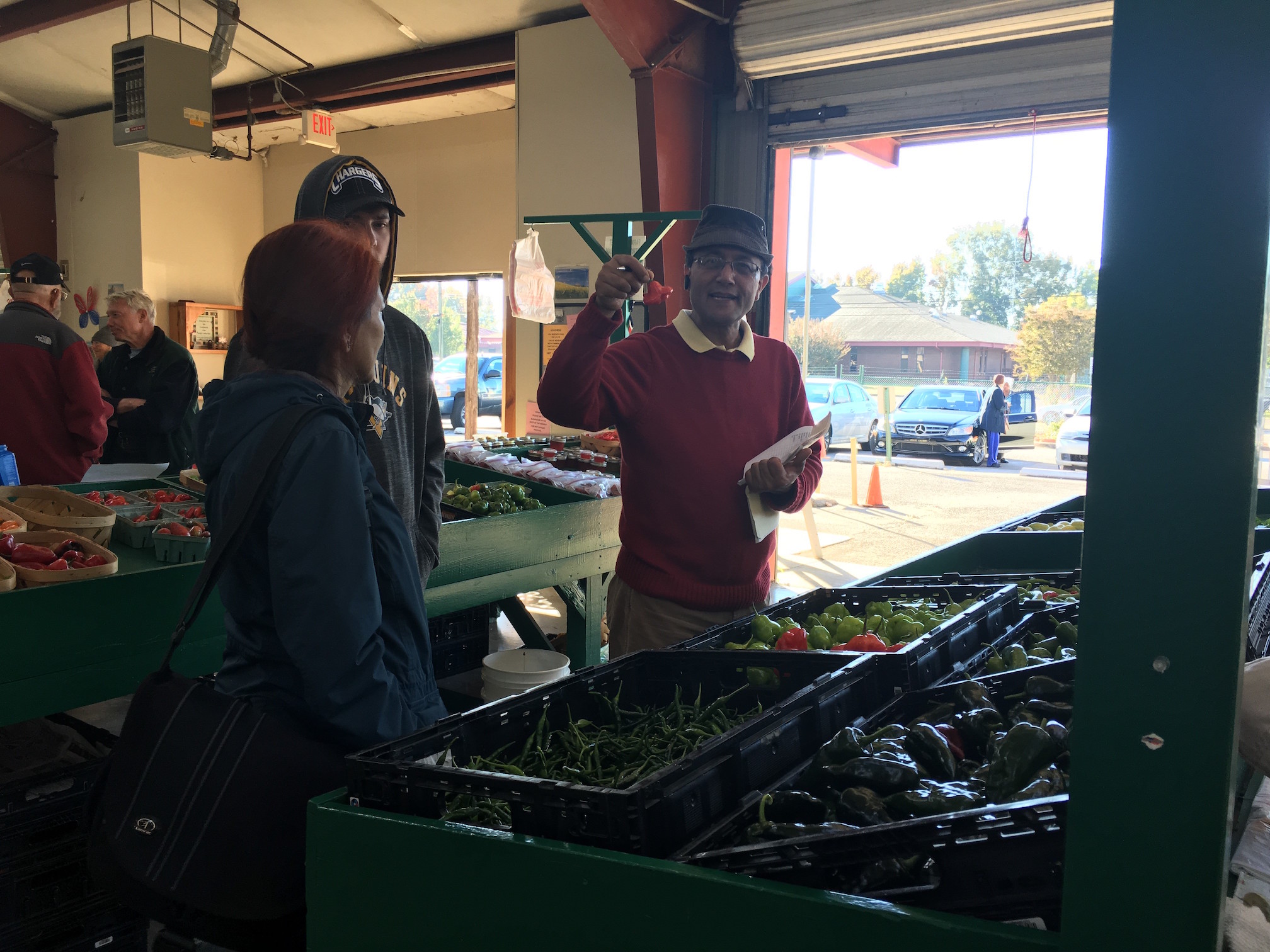 The Indian eggplant produced fewer fruits/plant (Table 2) but bigger and heavier fruits than the Chinese eggplant. The productivity of leafy vegetables, basil and sorrel is shown in Table 3. A total of 11 harvests were possible for all crops during the season, and peak production occurred at 92 and 112 days after transplanting. The first-year study showed the potential of producing warm-season specialty vegetable crops in pine and pecan tree stands for generating regular short-term incomes while waiting for tree products to be ready for harvest.

Table 2 Seasonal productivity of eggplants and peppers in alley ways