Diversity, Structure, and Role of Field Boundary Habitats in Agro-ecosystems

Since 2016, Agriculture and Agri-Food Canada (AAFC) has been working on a project to help understand how field boundaries affect adjacent agricultural land.

Field boundaries are the non-cropped areas surrounding or adjacent to cropped land. Examples of a field boundary include planted shelterbelts (Figure 1) as well as native buffers (Figure 2). When farmland is consolidated into bigger fields, field boundaries are often removed. But not enough is known about the consequences. Producers often treat non-cropped areas (shelterbelts) as non-productive land that competes with crops for moisture and nutrients (Norris and Kogan 2005). However, studies have shown that shelterbelts increase yield in the 2H to 10H distance from shelterbelt with a maximum increase of 9% at 3H compared to the open field (H=shelterbelt height unit) (Alberta Agriculture and Forestry 2004). But the ecological role of non-cropped habitats within the scope of extensive, modern agriculture has not been fully quantified. There are many species of flora and fauna that are adapted to farmland and many depend entirely on these habitats. Since field boundaries represent an interface between farm practices and the ecosystem, it is desirable that the agricultural industry develop practices that enhance, rather than replace, these natural areas and processes (Leaver 1994).

Quantifying the value of field boundaries

Specific information is lacking concerning the potential impact that non-cropped areas may have on the adjacent agricultural crops, especially in regards to insect pests, pathogens and weeds, and the extent to which the presence of beneficial biota may mitigate economic risk. Information is also lacking on the relationship these biota groups have on agricultural crops over varying distances from the non-cropped boundary. The benefits of the presence of trees, shrubs, and/or other herbaceous cover have never been fully quantified, so they cannot be measured against the financial gain that comes from removing field boundaries to increase field size. Is the trade-off worth it? 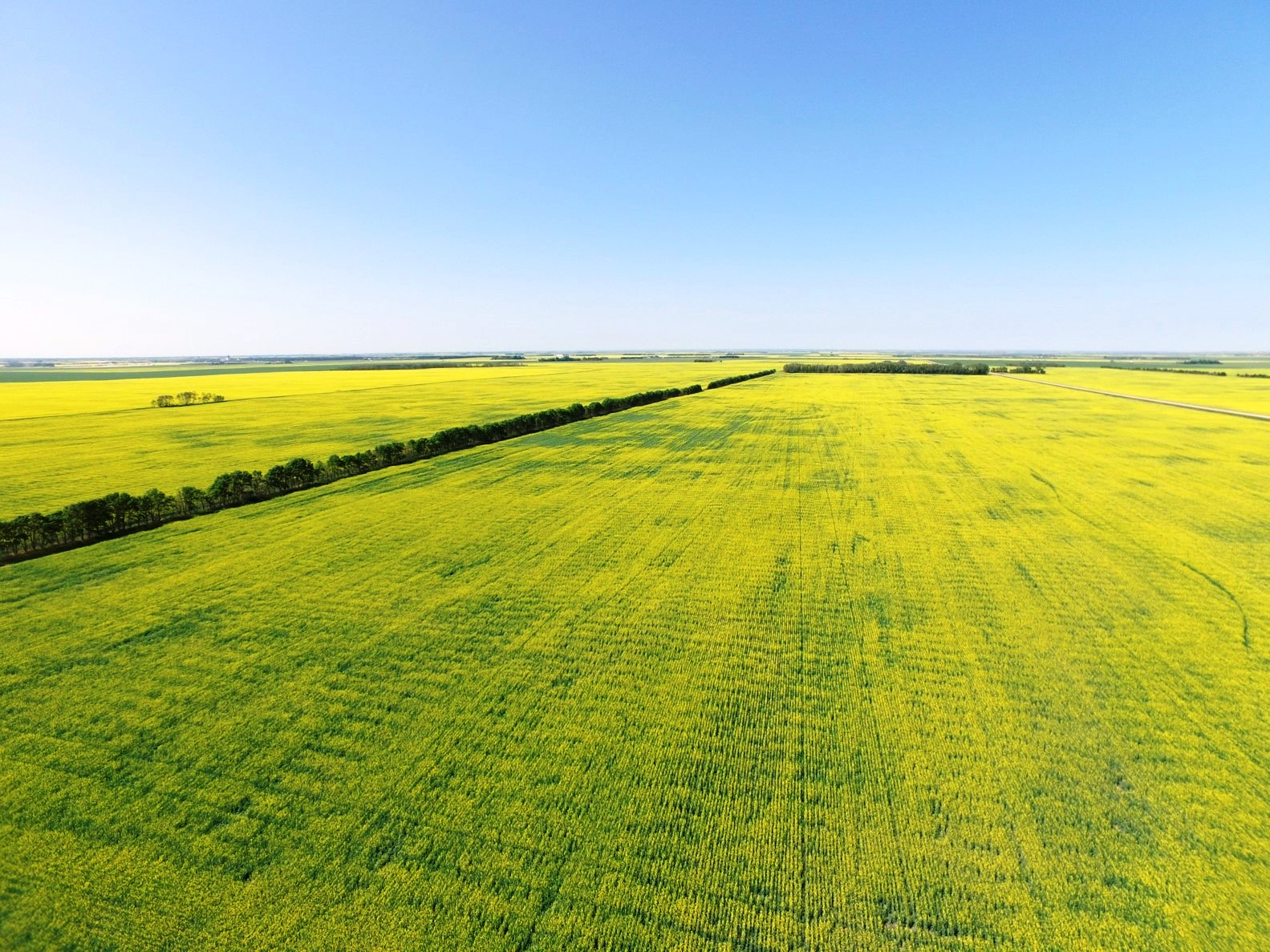 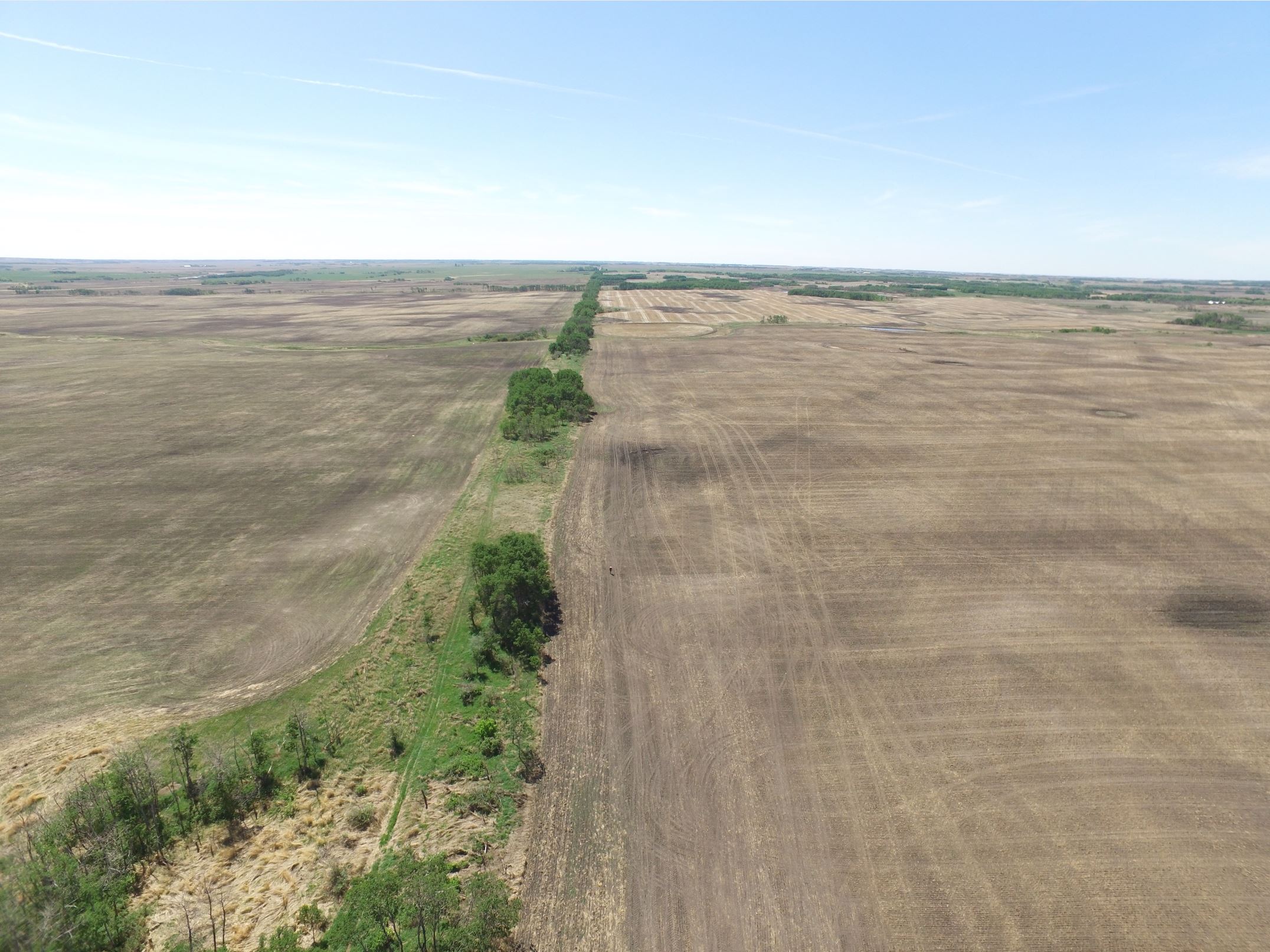 To find out more, Dr. Akhter’s agro-ecosystem research team, at the Indian Head Research Farm, is investigating the economic and ecological value of these field boundaries in a canola cropping system. Canola is the third largest oilseed crop in the world after soybean and palm. In 2017, more Canadian farmland was seeded to canola than any other crop with a net production of 21 million tons (Canola Council of Canada report 2017). The project’s goal is to determine if non-cropped field boundaries, such as planted shelterbelts and native hedgerows, provide a mixture of habitats that contribute to the diversity and dynamics of the prairie agro-ecosystem. Especially in respect to biodiversity, including avian populations, vegetation/weed communities, beneficial insects (i.e., carabids; Figure 3), pollinators (Figure 4), and soil microbes. Studying these factors and how prairie-specific field boundaries interact with adjacent canola crops will also help determine the impacts and influence on crop yield. 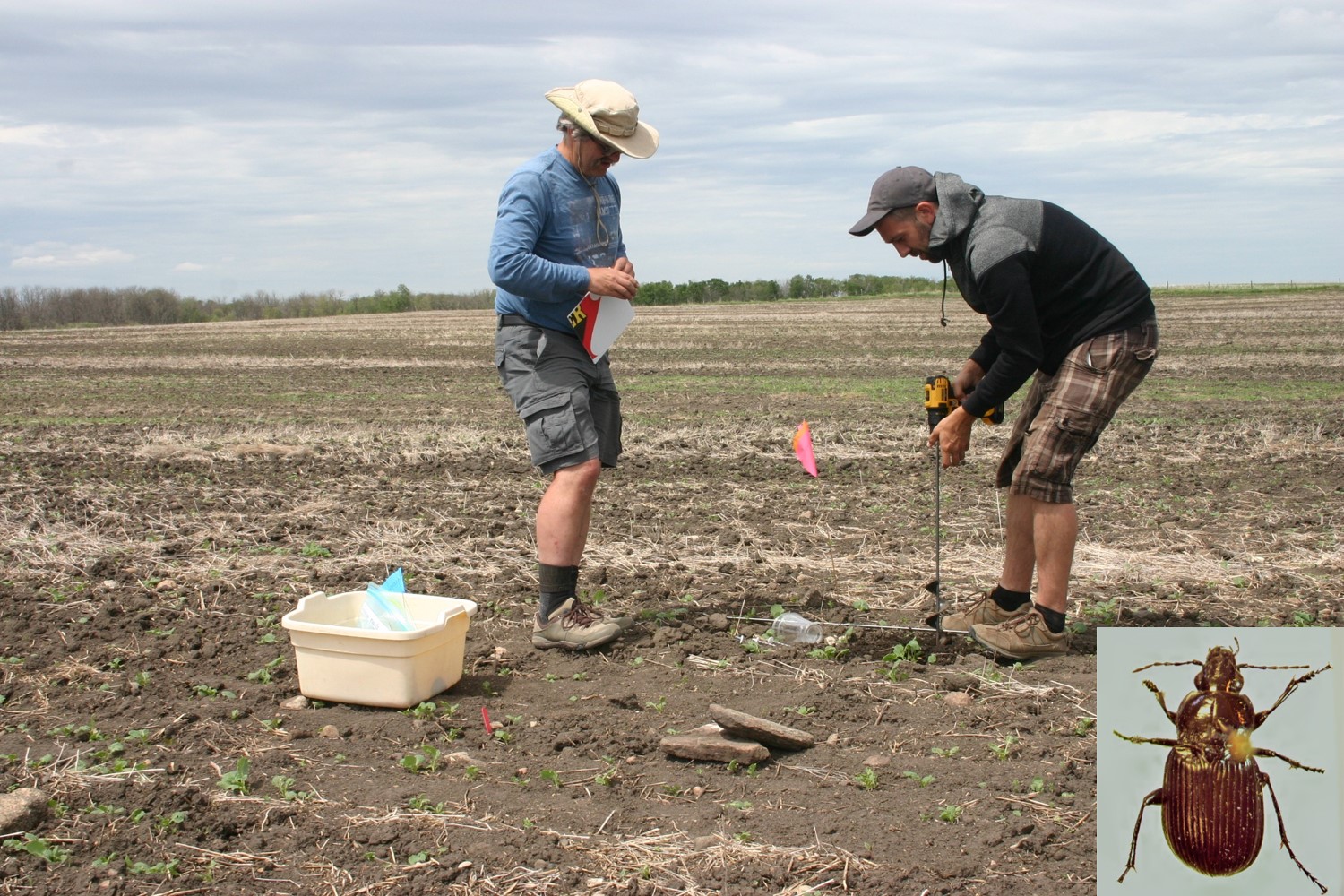 The research team has collected preliminary data on the effect of field boundaries on canola yield in black soil zones in Saskatchewan in 2017. The team found a 2.88% increase in yield in terms of oil production per hectare. The data were collected at various distances from both shelterbelts and native buffers up to 350m, all within zero tillage canola fields surrounding Indian Head, Saskatchewan. It was a dry year with low precipitation and the presence of field boundary habitats increased canola oil production compared to the open fields. Further project results are expected in 2019.

Given current trends in changing weather conditions and increases in farm size, inputs and monoculture systems, it is essential to re-evaluate the role of field boundary habitats and the benefits that these non-cropped areas can provide to the agro-ecosystem and agri-business.